Wake up, sunshine!  It’s the first day of your custom remodeling job and your general contractor is on your doorstep before 7 a.m.  His schedule and yours may not mesh as easily as you had hoped, but it’s his job to keep your remodeling project going.  He’ll give you an estimated time schedule – both daily (which is usually between 7 a.m. and 3 p.m.), and weekly for the various subcontractors.  He should also inform you of any delays.

What’s the best time to remodel to keep the project on target?  Earlier this month we talked about acting now, just before the market starts to swell due to increased builder and consumer confidence.  Summer is also a good time because builders’ businesses traditionally slows down during the summer months.  Availability is good and both labor and material are more readily available.

If you’re doing any type of home addition that requires your roof to be off or an outside wall to be opened, the warmer summer months are ideal.  You won’t have to fight against the elements.  If you’re doing a kitchen remodel, it’s a whole lot easier to grill in the summer during the time you’ll be without appliances.

The size of your custom remodeling project also determines the length of time each subcontractor is in your home.  The general contractor schedules all of them, and briefs them on the job before they arrive.  No schedule is perfect, but a good general contractor works with a realistic timeframe and communicates it to you. 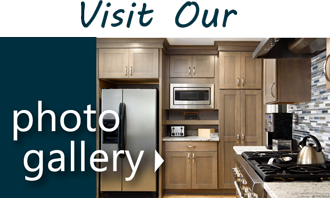